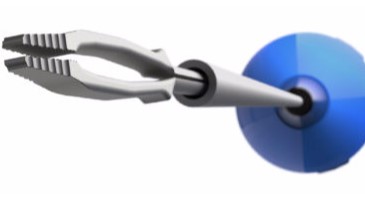 Bausch + Lomb announced the introduction of the new Pinnacle 360 25-gauge Scleral Fixation Forceps. Bausch + Lomb will feature this innovation, as well as others in the company’s retina portfolio, during the virtual American Society of Retinal Specialists (ASRS) annual meeting, July 24-26, 2020. “We are excited to add this new design to our robust Pinnacle 360 retina instrument portfolio,” Chuck Hess, vice president and general manager, U.S. Surgical, Bausch + Lomb, said in a company news release. “The introduction of the Pinnacle 360 25-gauge Scleral Fixation Forceps is another example of our continued commitment to providing retinal surgeons with an extensive offering of precision instruments that feature unique benefits and play important roles in their surgical procedures.” Developed in conjunction with Daniel Adelberg, MD, from Scottsdale, Arizona, the scleral fixation forceps aid in the placement of scleral-sutured posterior chamber IOL, a procedure that has played an important role in the treatment of aphakic eyes without capsule support. Dr. Adelberg also believes that the instrument may be applicable for other surgeries in the anterior segment in the future. “The Pinnacle 360 Scleral Fixation Forceps have allowed me to refine the technique necessary to execute challenging IOL fixation procedures,” said Dr. Adelberg. “I am proud to have partnered with the Bausch + Lomb team to develop this new instrument, which delivers the same features and quality which I’ve come to rely on from this line, while filling a significant unmet need in my OR.” As with all Bausch + Lomb Pinnacle 360 instruments, the 25-gauge Scleral Fixation Forceps feature ergonomic 360-degree actuation and glare-free tips that undergo a patented fine-wire process to create microserrated edges that promote traction.